What wine goes with Gehacktes (a traditional German dish)?

My father has asked me to make Gehacktes for him for his birthday and Father’s Day this year.  I’ve never made it before, but I am not concerned with the preparation of the dish.  My concern is that the dish that my mother made for me growing up is uncooked beef.  Yep, raw beef.  I’ve had beef twice this calendar year as I’ve tried to change my eating habits (read: I went on a strict nearly-vegan diet).  The thought of preparing this dish is a non-issue.  The thought of eating this dish is something else.

Here’s a photo care of (c) Verena N. / pixelio.de from the http://mstarlikes.blogspot.com/2012/07/like-5-gehacktesbrotchen.html website.  This photo shows the gehacktes spread on sourdough or French break and topped with pickles and herbs.

My father’s version doesn’t include the gehacktes spread onto bread, but served in a loaf.  Here’s the recipe as he remembers it:

Mix the meat with some of the green onions, the egg (yolk?) and salt and pepper, preferably by hand.  Form loaf on platter and cover with remaining sliced green onions.  Chill and serve with hot buttered sourdough bread.

When I thought to myself, “How am I going to eat this??”  and “I’m not letting my *son* eat this!”  I began to see something different.  First of all, I told my father that yes, I would be happy to make it but I had conditions.  “First,” I said, “all the food is going to be purchased at either Whole Foods Market or Diablo Foods — I’m not making the dish with beef from Joe’s Market.”  He happily agreed. 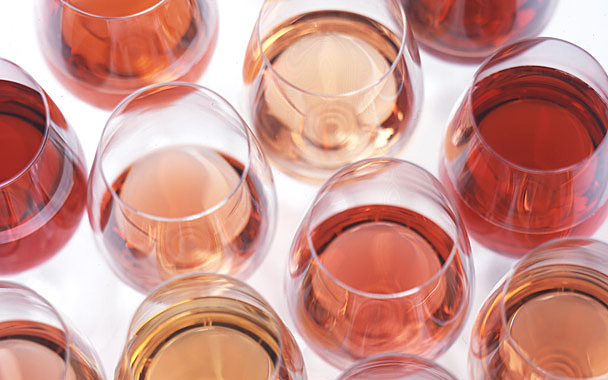 Then it hit me:  What could I drink with it?  The meat will be very lean so while I know I would need a good acid wine, it didn’t have to be sauvignon blanc acid.  The onions on and throughout the dish are making me consider something with high acid and sweetness.   Grenache rosé?  I’m stumped, and wine/food pairing was not my forte before I told my dad I would take on this endeavor.

Truth be told, I’m happy to make the dish for him.  He’s about to turn 77 and probably doesn’t remember the last time he had the dish, so I want to make it as memorable as possible (for all the right and good reasons!).

So, what do you think??  What wine would pair best with gehacktes?

For A Digestive Peace of Mind—Kate Scarlata RDN

Have You Eaten, SF?
From Valerie's Kitchen
Wine and Food World

Exploring the world of food, wine, travel and culture with award-winning journalist Doug Levy and Friends

A wine blog with food for thought...

G’day, you’re at the best wine blog ever! We're all about wine; without the wankery.

Bringing you the culture behind the wine, beer, and food.

Drink What YOU Like
Phelps Creek Vineyards Hospitality & Events

I have three passions: wine, cycling, travel, family, and math.

Notes and info on wines you may have in your cellar.